Now More Than Ever EP 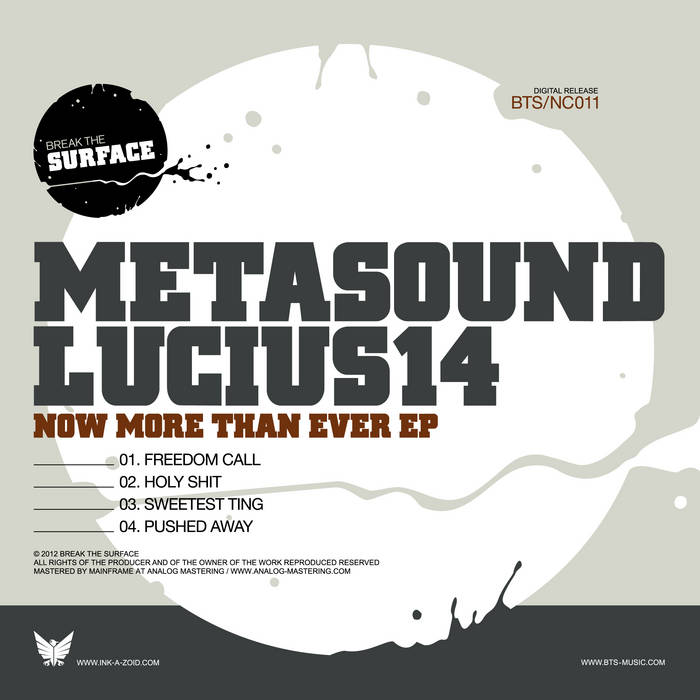 Over here at the BREAK THE SURFACE camp, we always dreamed about releasing a vinyl edition. It took a while, but the more proud we are when announcing that BTS/NC011 carries two tracks on our beloved plastics. We ourselves lately increased our vinyl purchases – which even strengthened our desire in adding one of those haptic look & feel experiences to our own collection. The friendship between BTS and O*RS led to the idea of releasing a split EP. Each of the labels contributed two tracks.

The O*RS side contains one track by Panthera Krause and another one by Dominik Marz & Leon Holstein, both with some joyful disco feel to it. Panthera Krause is already known as the knob twiddler behind Marbert Rocel, the other guys are the next big thing from Germany's upcoming house stronghold – Augsburg!

The BTS flipside contains "Freedom Call" and "Dust bites another one" by the two organic-deep-house-funk-fellows Metasound+Lucius14. While the call for freedom will be available in digital format, "Dust bites another one" remains exclusive to the vinyl edition. Vice versa, the digital edition of BTS/NC011 additionally includes the tracks "Holy Hit", "Pushed Away" and "Sweetest Ting". Happy spinning, folks!