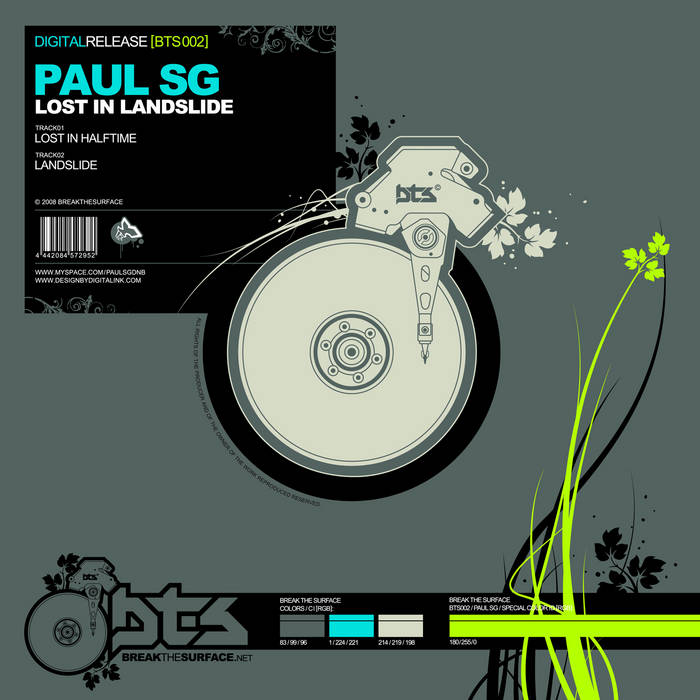 With the second BREAK THE SURFACE release, we present you another talented and aspiring Drum & Bass producer from Germany named Paul SG. As a member of Soulgrifter he already released tunes on labels like Phunkfiction and Sensor. Beside BTS his solo project (as Paul SG) is also signed on Keynote, Sidechain and Digital Colours.

"Lost in Halftime" was produced with a straight, minimal halftime beat and really deep sub-basses. So the tune spreads a refreshing Dubstep-vibe. While listening one has the marvellous chance to fade out the common hustle and bustle. Break the surface seems to be the perfect agenda of "Lost in Halftime".

„Landslide“ also has a minimal style that sticks out by its unique sounding bassline. Hence the track bursts out of normal listening habits, too.