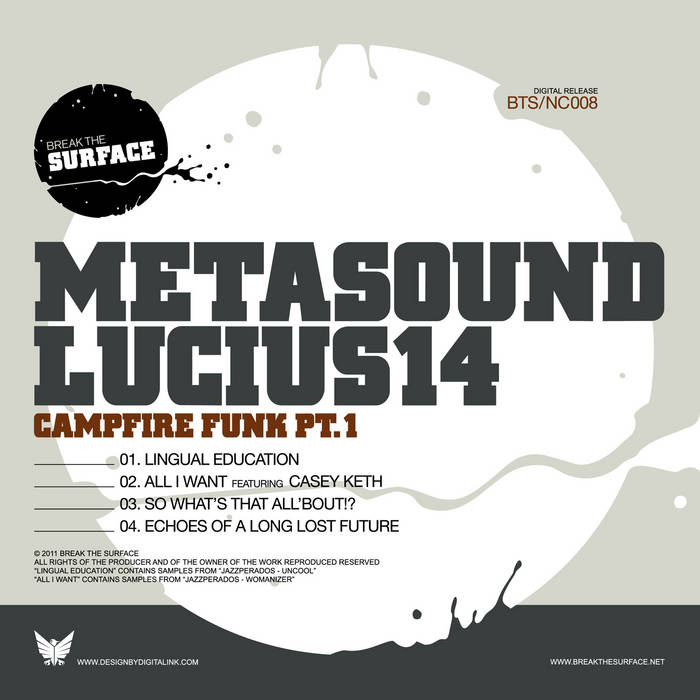 With a gasp Metasound & Lucius14 realized that it's been a year now since their last EP came out. Hence the pleasure to release new tracks on their BREAK THE SURFACE imprint is now the greater.

Looking for inspiration, both of them reclaimed the warm and organic sound of earlier days. Never before their affection towards Funk, Jazz and Soul Music was as notable as on the new "Campfire Funk Pt. 1" EP. In particular, experimenting with the acoustic guitar led to an even more musical direction.

"Lingual Education" can be located somewhere between House, Funk and Jazz.
"All I Want", backed by the soulful vocals of singer Casey Keth, keeps that feeling up.
The guitar as mentioned above gets its big appearance on "What's that all 'bout!?".
"Echoes of a long lost Future" comes along rather dreamy, proving again how well the acoustic guitar aligns electronic soundscapes.

So don't burn your fingers at the campfire, right? May the Funk be with you!